I woke up at around 0600-0630 and had a headache! My sleeping bag did the trick and was no longer suffering shock and cold symptoms. I took a few tablets in the hope that I could hopefully make some progress through the day - if not cycling, then maybe getting to Haripur which was my penultimate stop on the KKH. The Pakistani side of the KKH is officially known as the N35. Haripur was about 66km from Mansehra and I quickly decided I wasn't able to cycle it due to my grogginess and headaches. I'm not sure how much fluids I had consumed, but maybe it wasn't enough hence the onset of the problems.

Whilst making enquiries to checkout, the manager advised me he could arrange some transport to Haripur. My intention was get to Haripur and book into a hotel for the day/night to recuperate, thus leaving me with 30km to cycle to Hassan Abdal which is where the N35 officially stops (or starts) depending on which way you do the tour.

I managed to get my bicycle into a Suzuki Swift, just about! The driver was fantastic and really, by Pakistani standards a professional and adhered to road rules and regulations and even indicated appropriately (this rarely happens in Pakistan) so when you see a good driver, it's easier to appreciate.

I got to Haripur, and having taken my dose of tablets I was starting to feel much better. I managed to get my bike set up for around 1030 and decided to push myself and finish my KKH Tour. I felt 30km would likely take me to lunch time and it would be a nice way to finish by taking it easy. Plus, I'd already seen the exquisite beauty of Pakistan during my back to back rides between Sost to Aliabad and Aliabad to Gilgit. I realised the further down south I travelled towards Hassan Abdal, there was no scenic views sadly! It just so happens the KKH starts or stops at Hassan Abdal and it was momentous ride knowing I'd officially complete my tour.

Around 1230-1245 hours, after a few stops, I finally completed my Solo Karakoram Highway Cycling Tour and reached the end of the road (literally). I felt a sense of pride and appreciation for what I had seen. On the same token, I feel slightly disappointed that I wasn't able to complete more of the journey by bicycle, but in hindsight, I feel things worked out for the best. After Gilgit, the natural beauty almost disappeared and the closer I got to Hassan Abdal, the more it became a normal road.

I ended up remembering Michael Smoggy Drury celebration and copied his signature celebration at the end of the journey ????. Even Mike has fans in Pakistan.

That said and done, my day was not over. The hard part had just begun. Instead of celebrating, my next task was to make my way to Rawalpindi Train Station to try and catch a train to Dina so I could cycle to Mirpur, Azad Kashmir. I went into the train station but after a misunderstanding, the next train wasn't until 0600 the following morning on Sunday. I couldn't wait that long so I caught two local vehicles/buses to a local stop so I could catch a private vehicle to Mirpur, Azad Kashmir.

Luckily, in Azad Kashmir I have tons of family so accommodation wasn't going to be a problem. My sister in law in UK was aware I was making my way to Mirpur and she got her family organised to receive me which was amazing. I boarded the private vehicle around 1630 and got to my sister in law's at around 2030 and was delighted to see their family. In fact, I'm very close to my sister in law's families as we always make sincere efforts to see one another when I come across. Having good relationships with friends and family is a must - in times like this, it surely helps.

So, on Day 9 I have not only managed to complete the KKH Cycling Tour, but I've also managed to make my way to Mirpur. I'm literally 45-50km from seeing my grandmother in a few days time. It's been a heck of a day, but I think I get a little bit impatient with waiting around. Given there wasn't much to see in Rawalpindi/Islamabad that I haven't seen before, I was eager to get to Mirpur.

As some of you will know, there has been an earthquake in Jhelum (epicentre) and parts of Mipur were affected. People have lost homes, businesses, livestock and the rest. As I got get here fairly late, I haven't yet seen the impact but I suspect I'll see some of the issues over the next few weeks.

I got an opportunity to ring home and speak to my mother who sounded so excited and relieved that I'd made it to Mirpur. Mums always worry and she knows I'll be a few days away from visiting my nan. She's encouraged me to pack up the bike lolll now my Tour is completed. Got to speak to my nephew Aayan after several days and must confess I miss him greatly! Families happy and I'm happy!

I'd also like to take this opportunity to thank all my family, friends and people who have followed me. Without your support, encouragement and your best wishes and dua's, I would not be in a position that I am. I'm extremely humbled by the support many of you have offered. I hope you have all enjoyed the journey as much as I have.

I've had a challenging and testing few weeks but I look back fondly at my back to back cycle rides between Sost to Aliabad and then Aliabad to Gilgit. I've taken in the natural beauty of Hunza Valley and the Pamir Mountains of Xinjiang Province. There's been a degree of sadness about the current plight of Uighurs in Xinjiang. Overall, it's been an eye opening experience. I've been very fortunate as the local knowledge has been very useful and despite not cycling the entire 1300km as was the original plan, I'm glad I've done the whole route by a variety of methods.

A special mention to my Fuji Touring Bike - been really impressed. Survived many knocks mainly during transportation but The Beast never let me down. Not even one single puncture. Outstanding touring bike which has done me proud.

The Karakoram Highway is a magnificent 8th Wonder of the World and I can say I've been blessed enough to have experienced it. 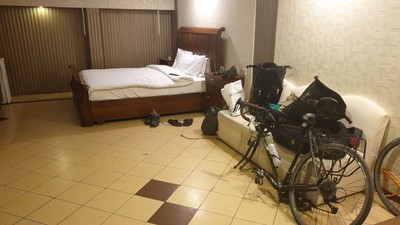 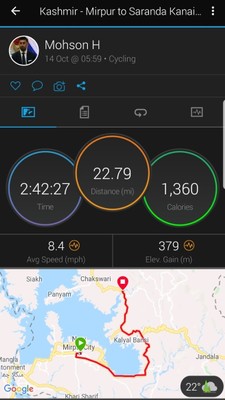 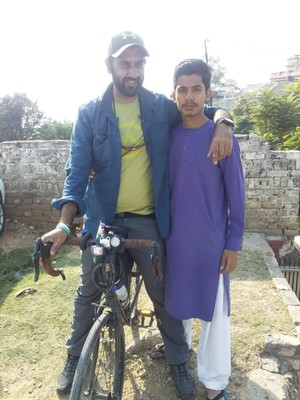 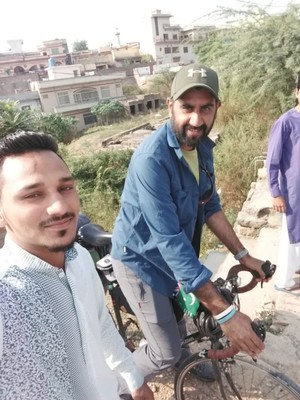 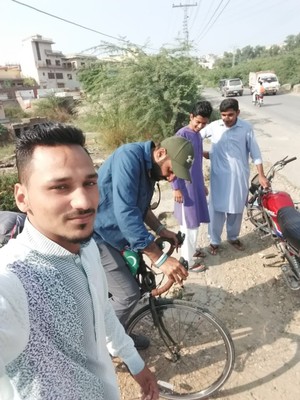 Previous Next Table of contents