Arrived in Gujrat with my cousin M Shakeel M Shakeel last night who's been absolutely amazing. He's taken so much time out from his work commitments to ensure I've had the time to visit family and friends around Kashmir and Pakistan!

Got up this morning intending to go to Lahore around 0900 hours. We didn't leave till 1100. We all thought we wouldn't make it to Badshai Masjid, Lahore due to the horrendous traffic. As it happened, we managed to get to the Mosque in time for Jummah Prayers.

It was my first visit to Badshai Masjid, Lahore and I must confess I was overjoyed to see a beautiful historic mosque. I was blessed to have had an opportunity to read Friday prayers here today and interestingly, the Imam made positive references to Prince William and Princess Kate's hugely popular visit to Pakistan. Whilst I was here, the Pakistanis/Kashmiri's sincerely and genuinely warmed to both. I was really impressed with the way the Prince and Princess conducted themselves along with how warmly Pakistan embraced them also. Great being part of this. I told my relatives I paved the road for the Royals successful tour (quite literally haha).

Anyways, as I digress, back to Lahore! I'm not a big fan of Lahore (there's a lot to dislike, mainly the stench, lack of traffic and road etiquette and general poor/low local community standards). However, there's loads to love about this place - in particular the beautifully stunning mosque.

I also made plans with Shakeel, Basharat Hussain and Ali Tariq Minhas to visit Wagah Border. In truth, I wasn't confident we'd make it as the border usually closes at 4pm for last entrants. We got there shortly after, and thankfully we were granted entry! My cousin M Shakeel smashed it to the border....it's as if he's had a 3 week Grade 2 driving course! That's the craziness of driving here....concentration beyond belief and no one gives you an inch here!

Having made it to the border, both Pakistan and India put on quite a parade. The showmanship was superb. I'd always read and seen the clips on television, but the pride and joy one feels being live is something else! Although there are tensions between both countries, it's amazing to see the level of respect shown by the Rangers towards their counterparts. The Pakistan Rangers are next level though - complete professionals and hugely confident. The crowd is actually what completes the spectacle. On both sides, people are hugely proud and supportive of their troops efforts. Was a pleasure being at the event. Managed to sneak into the parade area shortly after ????.

All in all, it's been a truly fantastic day and achieved what I set out to do - which is mostly difficult in Pakistan. Main priority was to read Jummah and the bonus was Wagah Border Military Parade. The boys have been amazing.

I have a few days left and will definately try and relax......however, have a late night mission to take a family elder home to Khuiratta tonight. Gonna be interesting as I'm intending on returning home overnight too! Driving through mountainous Kashmir at night will be a challenge, one that I'll embrace.

My Pakistan cap if anyone is wondering has been gifted to a Russian lady! She clocked me and told me I had to gift it to her ????????. Given she is a visitor to beautiful Pakistan I kindly obliged and I must say she was extremely grateful. Her English wasn't great so I reckon she was admiring the cap and mentioned the words "gifting it to me" rather than actually thinking I'd give it to her. Couldn't let the poor lady down. Hopefully she'll remember the generous act lolll

Stopped en route for a desi murgha! Wow! It's touching 9pm here and with the overnight drive, probably won't be home until early hours the morning. Reminds me of my night shifts ????. 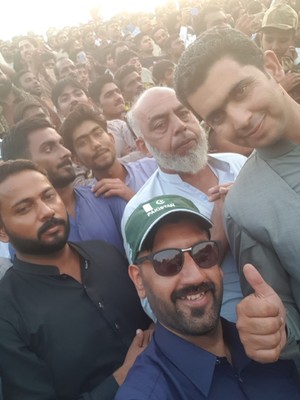 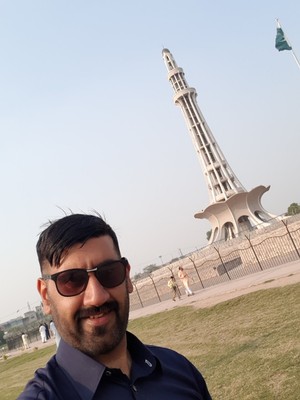 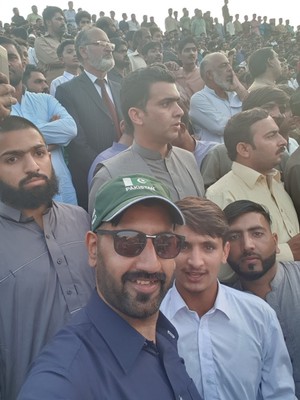 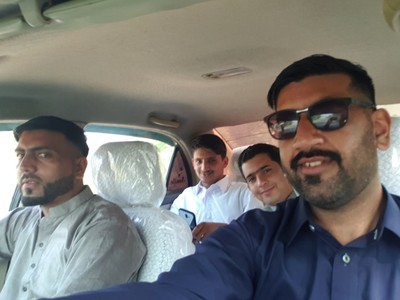 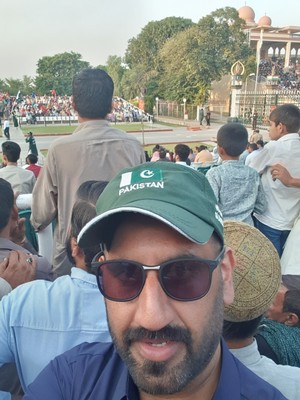 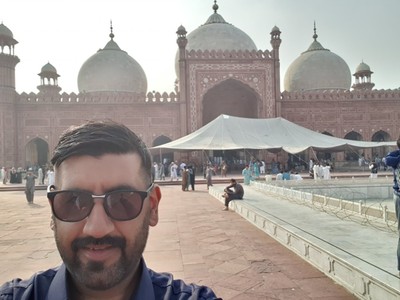